How Thanking Veterans Can Become a Great Tradition

One day, I was catching a flight out of the Meadows Field Airport in Bakersfield, California. As I pulled up to the airport, I noticed a crowd of hundreds of people, news cameras, a fire truck with a huge American flag hanging from the ladder, several law enforcement vehicles, and at least thirty Harley-Davidson motorcycles parked nearby. 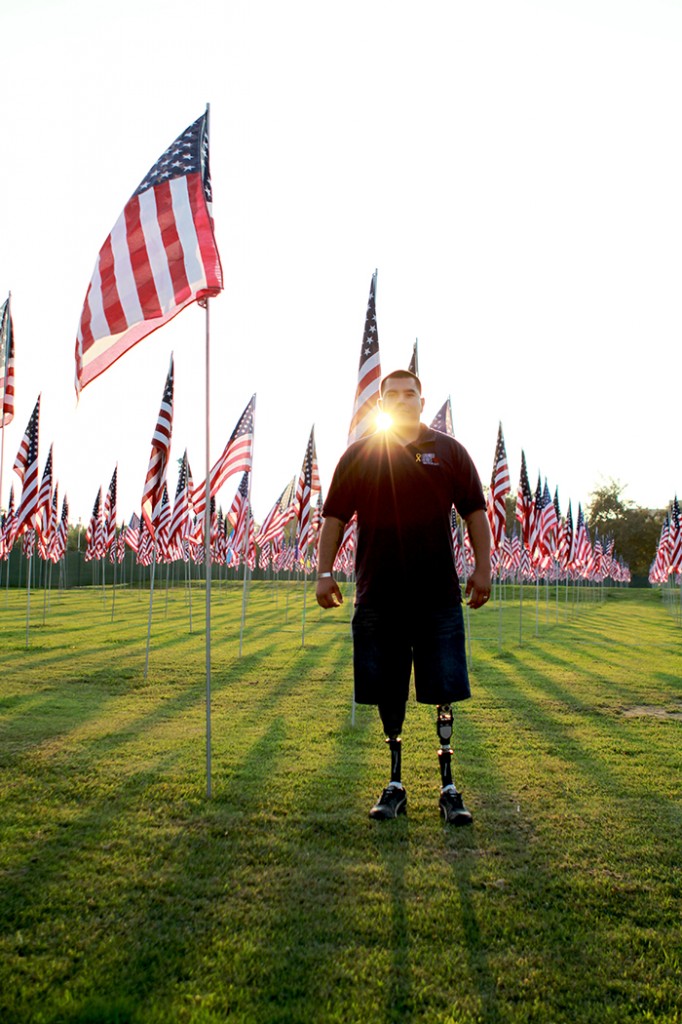 I walked over to the crowd to see what was going on. It was a homecoming for twenty-three-year-old Army Corporal Wesley Barrientos. Corporal Barrientos was returning home from his third tour in Iraq, this time on two prosthetic legs. He lost both of his legs riding in a Humvee in December 2007 when it was hit by an IED, an improvised explosive device.

Corporal Barrientos’s family had expected to see him get off the plane in a wheelchair since he had been fitted with the prosthetic legs only two weeks prior to his homecoming. But he proudly walked over to hug his family and friends.

As Corporal Barrientos walked through the rows of people welcoming him home and saluting him as he passed, a television crew approached, and the reporter asked him, “How does it feel to have a hero’s welcome home?” The corporal smiled and simply said, “I was just doing my job.”

The local American Legion and VFW members attended in order to offer a salute as he walked by. Cheerleaders and students from his alma mater, Ridgeview High School, turned out to support one of their own. There were also a bunch of Harley-Davidson motorcycle riders, complete with the leather jackets, bandannas, and tattoos, lined up to shout, “Welcome home, Wes!”

I walked over to some of the Harley guys and asked “Do you know this soldier?” “Nope,” was the answer. “We’re not even from Bakersfield.”

They told me that they were there to honor Corporal Barrientos. “I understand the local people, the law enforcement, and the veterans, but why the Harley riders? What’s the connection?” I asked.

“Well, this guy served our country, so the least we can do is ride over and welcome him home. A lot of us served in Vietnam, and we never had a welcome home. So, we do this a lot. I guess it’s kind of a tradition for us to be there for someone else.”

What an example of acknowledging those around you, honoring what’s important, and connecting to build community.

So, to make your ride more meaningful and emotion-filled, invest in traditions. Make a tradition of thanking a veteran whenever you see one.