You never know when you might create an important connection with someone that could change your life or theirs. And sometimes, you might be making a connection and not even realize it. 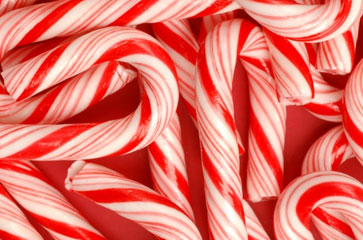 My parents were named Norbert and Agnes, but everyone called them Nubs and Aggie. Not exactly the nicknames a kid would pick out for his parents, but they were the best parents a kid could ever be lucky enough to have.

Nubs was born in St. Cloud, Minnesota, and his grandparents were from Germany. Aggie was born in Minnesota, too, and her parents were both Irish. Now, that’s quite a mix: German structure blended with the carefree heart of the Irish. Good stuff, you betcha.

Dad worked at the St. Cloud post office where he sorted mail for a living. He was a good guy—just not the most flexible person you’d ever meet. He was a classic old-school dad:

“We buy Ford. What the heck were you thinking when you bought that Fiat?”

“We eat fish on Friday. I don’t care if the Pope says it’s now okay to eat meat on Friday. I am not going to go to hell because that guy changed the rules.”

“That’s my chair. If I am not in the house, you can go ahead and give it a test drive, but if I walk in the back door, you get the heck out of my chair.”

One thing was for sure—you knew where my dad stood on all issues.

My mom? Well, she’s a saint, and if there’s a hard way to do something, she’ll find it. At eighty-seven years of age, she still does the laundry in the basement with a Maytag wringer washer. You can only find them in antique stores today. She then takes the laundry, hauls it in a basket up the basement steps and outside to hang on the clotheslines. Mom does this every Monday, every month of the year, including January.

Of course, if you live outside of Minnesota, you may have no idea what happens to Mom’s wet laundry when she hangs it outside in January. The clothes don’t freeze eventually . . . they freeze immediately! Mom then takes the frozen laundry off the lines—stiff as a board—and hangs it on the kitchen chairs to dry. I once asked her, “Mom, why do you do this?”

Her response was, “Oh, it just smells better.”

Mom has arthritis in her hands, and sometimes, it gets pretty painful. Yet, in her spare time, she sews quilts and gives them away. Mom’s belief is that if you let the little pains in life slow you down, you’re giving up, and there’s no time for that.

I can honestly say that I have never—and I do mean never—heard my mother complain or whine about anything. I, on the other hand, whine constantly! When I grow up, I want to be as appreciative of life as my mom is every day.

With five children in the house when we were growing up, Mom never worked outside the home—not until Dad retired. Then, she got a job as a cafeteria supervisor at an elementary school. Supervisor meant that she carried a washcloth, a whistle, and a clipboard. Her mission was to keep a sense of order in the cafeteria.

Going to work wasn’t a tough decision for Mom: Spend a couple of hours every day monitoring 700 noisy, hungry elementary school kids in a crowded cafeteria, or spend that time with classic old-school Nubs? She jumped at the chance to be with the 700 noisy kids.

Mom loved her job. She connected with the kids, and the kids connected with her. They called her “Aggie, the Retainer Lady.” This was because kids wrapped their retainers in napkins and put them on their trays at lunch. At the end of lunch, they’d often forget about the wrapped retainers and accidentally dump them in the trash.

Five minutes later, they would run to my mom and say, “Aggie, I forgot my retainer was wrapped in a napkin, and I threw it in the garbage can!” With that, Mom would don a pair of rubber gloves and dig in the trash bin until she found the retainer. Whether the student wore it again is another question, but Mom holds the record for saved retainers at that school.

Mom was also famous for keeping Hershey’s Kisses in her pocket, and whenever students had a birthday, they always told my mom in order to get one of “Aggie’s birthday kisses.”

One Christmas after Mom had been working at the school for a few years, I was talking to Dad, and he came out with his usual, “What the hell!” It was one of his favorite expressions. It worked for everything—good, bad, or indifferent.

Then, there was a long pause, and he shook his head.

“Those doggone candy canes, Mark. Cripes! Seven hundred of them to be exact. Every year since she’s been at the elementary school, it’s the same darn thing. Plus, she doesn’t want the little candy canes—they’re not good enough! She wants the big ones, for crying out loud. I have to drive all over town and try to find them, and you know we’re living on a fixed income. It’s not like we’re the Rockefellers. Money doesn’t grow on trees! I wish it did, but it doesn’t. But you know your mother!”

“Dad, I’m clueless here. What are you talking about?”

At this point, my sister, JoAnne, the kindergarten teacher, joined in the conversation and explained to me that Mom was giving every student at the elementary school a candy cane over the holidays. On the cafeteria menu board, it would read, “Aggie’s candy canes!”

Now, for Dad, this was a big deal, because he had to drive all over town and try to find those 700 big candy canes. Mom would have done it, but she was never taught to drive as a teenager. Later in life, she was never given the opportunity to drive because the driver’s seat was always Dad’s “chair.”

“How long have you been giving away candy canes, Mom?”

“Mom, that is so sweet. What do the kids say when they get one of Aggie’s candy canes?”

“Oh, Mark, you know kids. As long as they pick up the wrappers, that’s fine.”

“How about the school principal, Mom. What does he say?”

Mom rarely uses that kind of language, but she nailed the guy with that one. Once I stopped laughing, I got upset. My mom was giving a candy cane to every kid in the school for eight years in a row, and not only did this principal not say anything, but he didn’t even notice.

I wanted to drive over to the principal’s house and say, “Hi, my name is Mark. My mom gives a candy cane to every student in your school, and you don’t even notice. Mom is right—you are a Type A.”

I wanted to do it, but I didn’t, because guys like that just don’t get it. They wouldn’t know a “Nice Bike” if it ran over them. They don’t know that when you appreciate others and their contributions that it creates a culture where more people contribute and leave the campsite a bit better than they found it. It helps to create a sense of teamwork within an organization.

When Mom retired from her job, she was sixty-eight years old. She didn’t want to quit, but the school district had a policy that all employees must retire by that age. A lame policy, if you ask me. Some people well over sixty years old act like they’re in their forties, and some people in their forties act like they’re two weeks from retirement. It’s never the age—it’s always the attitude.

Well, when the sixth graders at the school heard that Aggie the Candy Cane Lady/Aggie the Retainer Lady was being forced to retire, they were not happy. They knew she loved connecting with them and that she didn’t want to quit.

So, the sixth graders started a petition drive to “Save Aggie.” Six hundred out of 700 students signed the petition. No doubt the kindergarteners would have signed it, too, if they’d known how to read and write.

The students presented the petition to the school board at a regularly scheduled meeting. Although the board was impressed by the action, they voted to maintain the mandatory retirement policy.

Mom moved on to have lunch with Nubs every day instead of the 700 elementary school children, and the candy cane tradition stopped. No more Hershey’s Kisses on birthdays either, and you can bet that quite a few retainers remained in the lunchtime trash bin.

If you go to my parents’ home on Washington Memorial Drive, you won’t find a lot of awards on the walls. You’ll find the pictures of five children, twelve grandchildren, and a ceramic plaque of Leonardo da Vinci’s The Last Supper on the wall. The values are clear in this house.

If you head toward the bathroom, you’ll see a set of drawers in the hallway. If you open what used to be the junk drawer, you’ll see that the junk has all been cleaned out. The broken crayons, balls of string, collections of odd pens and pencils, random pads of paper, and half-used glue bottles? They’re gone.

The drawer is now filled with a neat stack of paper. Each sheet has a heading that reads, “Save Aggie! The Candy Cane Lady,” and a collection of signatures is underneath each heading. There are more than 600 signatures from elementary school children for my mom. She connected with each of the students in her lunchroom, and they responded to that connection by acknowledging her generosity, honoring her dedication, and connecting with her kindness.

Dad always had his chair, but Mom has her drawer. Every now and then on a cloudy day, she walks over, pulls the drawer open a bit, and she can almost hear the love of 600 kids saying, “Nice Bike, Aggie!”

This story was originally published in Nice Bike: Making Meaningful Connections on the Road of Life, by Mark Scharenbroich. © 2010 Echo Bay Publishing. Reprinted with permission.