This post is a reprint of chapter 8 from Mark′s book, Nice Bike: Making Meaningful Connections on the Road of Life. ©2010 Mark Scharenbroich/Echo Bay Publishing. Reprinted with permission. All rights reserved. 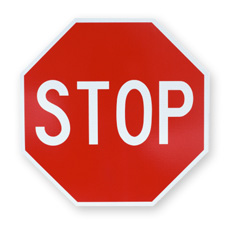 FOR MANY PEOPLE, the idea of honoring someone brings to mind medals, plaques, and proclamations. But actions speak much louder than tokens of appreciation, and the action of real, focused listening is one of the biggest honors we can bestow on others. It shows that we are interested, take them seriously, value their opinions, and generally want to know more about them. And when you actively listen, you will learn things about the people in your life that will help you continue to build a connection with them.

One of the many jobs that parents take on when they raise children is passing along sage advice that will keep their children safe. We say things like, “Don’t stick your finger in an electrical socket,” “Look both ways before you cross the street,” or “If your clothing catches fire, just stop, drop, and roll.”

After giving our second son, Michael, a complete safety lecture on fires, including the stop, drop, and roll advice, I asked, “Okay, Mike, in review, if your clothes caught fire, what would you do?”

“I wouldn’t put them on” was his answer.

Well, it wasn’t exactly the answer I was looking for, but it was one of those moments when you laugh inside and try to hide it with a serious, fatherly expression on the outside. The truth is . . . he had a point. If your clothes catch fire, don’t put them on. Okay, so this story isn’t about fire safety, but that advice goes beyond preventing burns. It’s also a strong tool for becoming a better listener. It makes a huge difference when you stop, drop, and listen, taking an interest in what others have to share. Step two of Nice Bike is to honor others with not what’s important to you, but with what’s important to them. Active listening is a great way to truly honor others because it helps you identify what is important to another person.

Look into the Eyes of a Teacher

One profession that seems to have mastered the art of listening is the elementary school teacher. If you’ve ever been in a school classroom for the first five minutes of the day, you know exactly what I’m talking about.

To say that the first part of a school day is busy is a huge understatement. The students enter the classroom loaded with energy and something vitally important to share about what happened at home the night before. It might be, “We had to flush Goldie down the toilet last night!” or “I fell and got this huge scrape on my knee!” Add to the mix zippers that are stuck, noses that are running, hamsters that are escaping from the cage again, crayon pictures that you must see, notes from home about a doctor’s appointment, a newly discovered beehive . . . well, let’s just say it’s mayhem.

If you watch elementary school teachers, they look into each child’s eyes as if each child has something vitally important to say, because to that individual child, it is indeed vital. These teachers are masters of the art of stop, drop, and listen. They acknowledge the importance of what each child has to say, they honor the child with active listening, and they connect by taking an interest in what’s being shared. It’s “Nice Bike” in action.

Listening is not a difficult art form to master, but a lot of us never bother to learn how to become good listeners. This is even true of those who are supposed to be great at it.

I met someone who fits that description on a flight home to Minneapolis from Las Vegas. I had spoken at a convention in Vegas and gambled a bit. The presentation went well. The gambling? Not so well. In fact, the only machine that paid out was the one with the initials “ATM.” (I leave a winner every time.)

On the plane, I noticed the guy next to me, as he was a real “dress for success” type. As we were taking off, I asked, “Were you in Las Vegas for business or pleasure?”

“I was at a huge convention,” he told me.

“Oh, really, did you attend a convention?” Asking that question was a mistake on my part.

Well, this interested me since I do the same thing for a living. “What’s your topic?” I asked.

“I have three best-selling books in the art of communications. I have spoken in seventeen countries and to the top one hundred of the Fortune 500 companies.”

He went on to tell me about his three homes: one on the West Coast, one in Hawaii, and one in New York. I heard all about his upbringing, the Ivy League education he was providing for his children, the restored 1957 Chevy he’d just purchased, fly-fishing in Montana, the desserts at Mama’s Fish House in Maui, the difference between a low-carb diet and a diet based on caloric intake alone, and more. He rambled on and on the entire flight. We finally landed, and I almost applauded. As the jet pulled up to the gate and we all stood to get our bags out of the compartments, Dr. Communications turned to me and said, “Well, I really enjoyed our conversation. By the way, what field are you in?”

“Oh, I do seminars on listening.”

I couldn’t help it. When it came to real communication, Dr. Communications was clueless. He didn’t understand that to really communicate with me, he had to occasionally listen. You probably have a Dr. Communications in your life, too. Don’t we all? It’s a neighbor, a cousin, or a coworker—someone who loves to tell but never asks.

Years ago, I watched an interview on the CBS television show 60 Minutes that featured Barbara Jordan from Texas. She had been elected in 1972 to the United States House of Representatives, becoming the first black woman from Texas to serve in the House.

Representative Jordan said a few things that really stuck with me: “I never intended to become a run-of-the-mill person” and “Just remember the world is not a playground but a school room.”

But the quote that I have applied the most is, “If you want to have an impact on someone else, it is more important to be interested than interesting.”

If you want to “Nice Bike” someone, take an interest. Find out what’s important to him or her. All of us have an interesting story, but rather than tell your own, ask others to tell you their stories.

Here’s a pop quiz to assess your listening skills. It’s going to happen in the next seven days. You will be in a conversation with a friend, a spouse, or a coworker.

That person will be speaking, and there will be an interruption. A phone will ring, a different person will walk up to you, Big Foot will appear . . . who knows?

After the interruption, the person who was talking with you will ask, “Gosh, what was I just talking about?” If you can tell that person what he or she was saying before the interruption, if you know exactly where the conversation left off, you are a master in the art of listening. However, if you get caught clueless, with no idea of where the conversation left off, then you have room for growth.

When you get home, do you scan the mail before you look into the eyes of your spouse or children and ask them about their day?

When you’re at a social gathering packed with people, do you focus on the person talking with you, or do you glance over their shoulder to see whether there is some- one else more important you’d rather connect with at that moment?

Do you listen well enough in the first ten seconds of meeting a new person that you can remember their name ninety seconds later and use their name in the conversation?

Becoming a talented listener is about showing genuine interest and curiosity about other people. That is how you acknowledge, honor, and connect with them. One of the greatest gifts you can give to someone else is your undivided attention, even if that someone else is one of twenty-six students in an elementary school classroom.

It truly is as simple as stop, drop, and listen.